Exploring Extremism is a podcast series produced by UNDP’s Oslo Governance Centre. It dives into uncovering and understanding emerging issues in violent extremism. The series shines a light on some of the under explored issues related to violent extremism through expert-level discussions. In the first series over five episodes, we focus on a separate topic each time, from the rise of the far right in Europe to the role of mercenaries in extremist organisations. In the spin-off season, we are teasing out emerging, cross-cutting thematic findings ahead of the launch of the global UNDP flagship report  Journey to Extremism – from distinct patters in child and forced recruitment to the broader intersections between violent extremism and drug abuse, with leading experts in the field.

Podcasts are also available to listen on Spotify

Research focused on pathways into extremism has increasingly focused on the complex roles that women play in extremist groups. However, new thinking on gender in radicalisation and recruitment is paying increasing attention to the role of masculinities and misogyny in male radicalisation to violence; from Salafi-Jihadist groups to the Far Right and the misogyny of Hindutva-linked movements. This episode discusses the impact of, and interlinkages between misogynistic attitudes and a sense of thwarted masculinity as a consequence of changing social and economic realities. 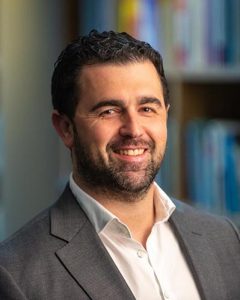 Associate Professor at the Alfred Deakin Institute for Citizenship and Globalisation, Deakin University 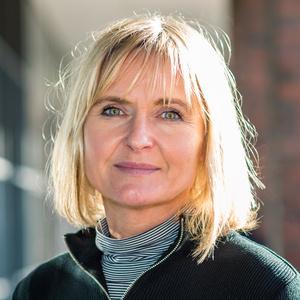 Associate Professor of Digital Media and Gender in the School of Communications, Dublin City University 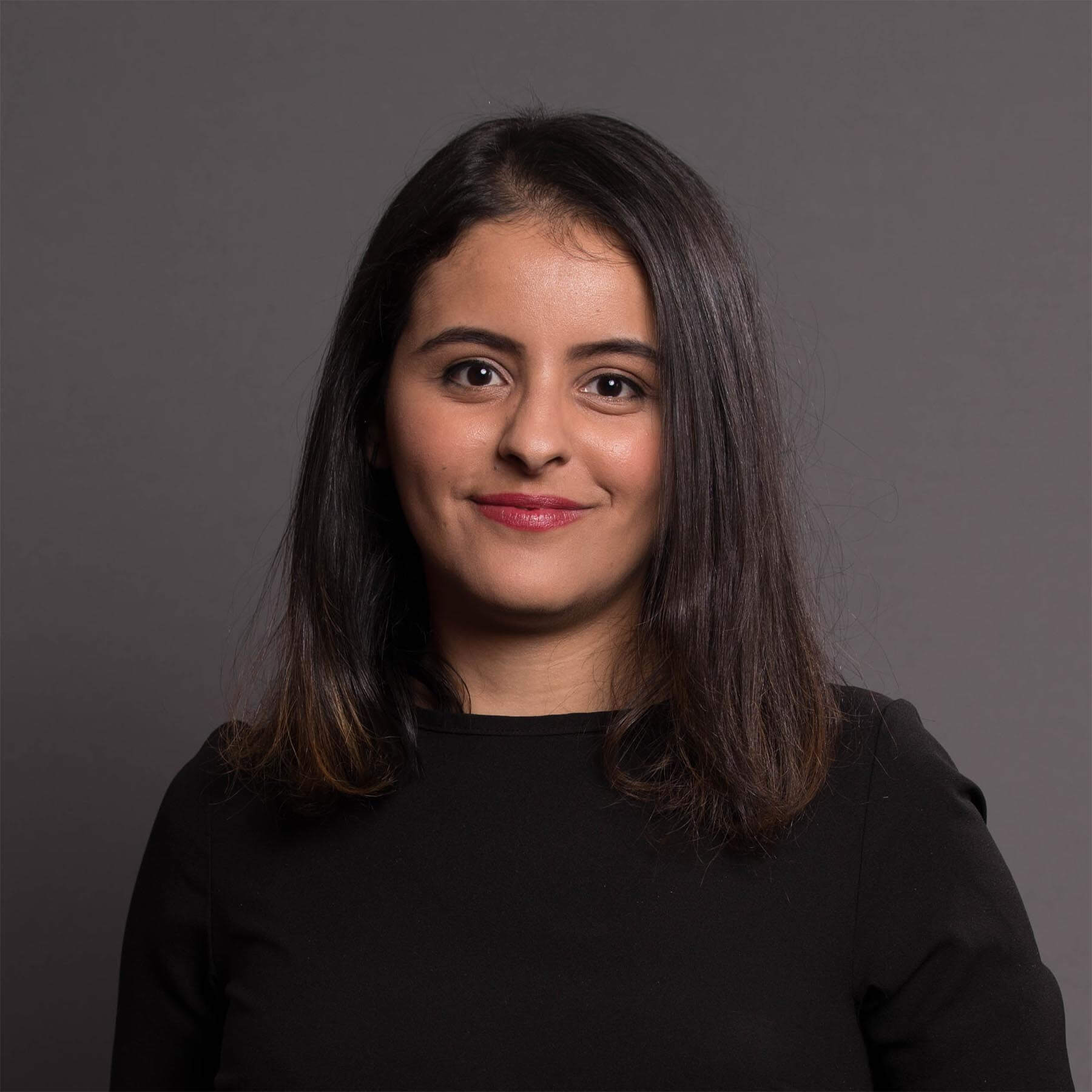 Episode V: Would I Lie to You? The Weaponisation of Social Media

While rumours, false information and fabricated content have long existed, new technologies are challenging information integrity in new and alarming ways. It is now acknowledged that, in some instances, digital technologies pose a severe threat to democratic practices across the ideological spectrum. Social media platforms were once positively assessed in terms of expanding the participatory potential of social media, this has given way to an increased awareness of the risks that a generally unregulated sphere poses to democracies, human rights. This episode will discuss disinformation today, including how extremist groups, seeking anonymised, transnational communication and connections have weaponised social media and digital platforms to radicalise and recruit vulnerable individuals. It will also outline the research and tools in the arsenal for combatting disinformation. 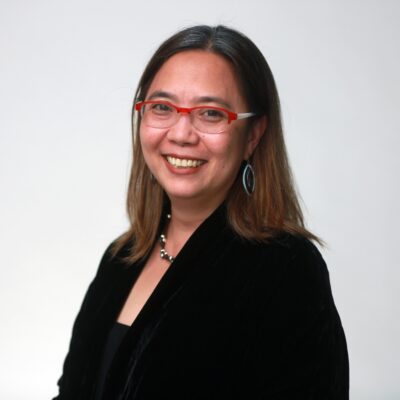 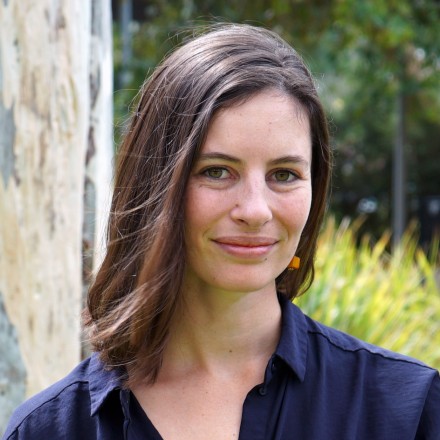 Nicola is Research Director at the Global Network on Extremism and Technology at the International Centre for the Study of Radicalisation (ICSR), Kings College London. 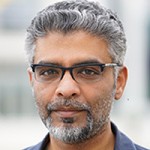 Yasir is is Editor in Chief at the Thomson Reuters Foundation. He’s a veteran journalist with extensive international experience and has pioneered many digital news solutions and innovations.

Today, drug abuse has become a threat that poses a significant challenge to the physical and mental well-being of societies. Territories with a history of state neglect, low service delivery, cross-border management and control, and different sources of tensions represent havens for drug traffickers. In addition, despite the ideal of purity promoted within many violent extremist groups, drugs have also been used as a powerful device for increasing performances within their ranks and social control. In the quest of understanding this phenomenon, this episode will look into the emergence and evolution of drug use within violent extremist groups, while also unpacking the gendered, often underexplored aspects of drug abuse within violent extremism groups, further challenging the notion of women as passive actors in settings of violent extremism through anecdotal, diverse and personalised accounts. It will also look into drugs as a pathway for financing insurgent activities, exploring the possible intersections between illicit crime, drug abuse and violent extremist groups, on one hand, and as a possible source of revenue in contexts of corruption, on the other. 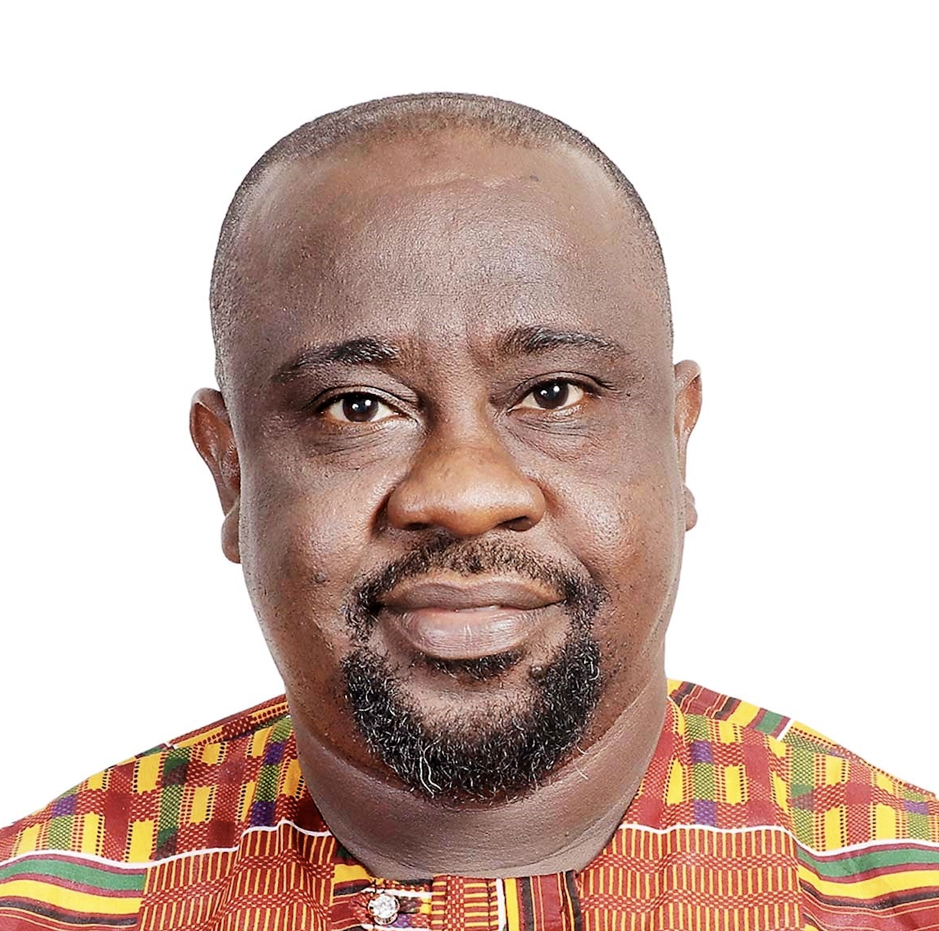 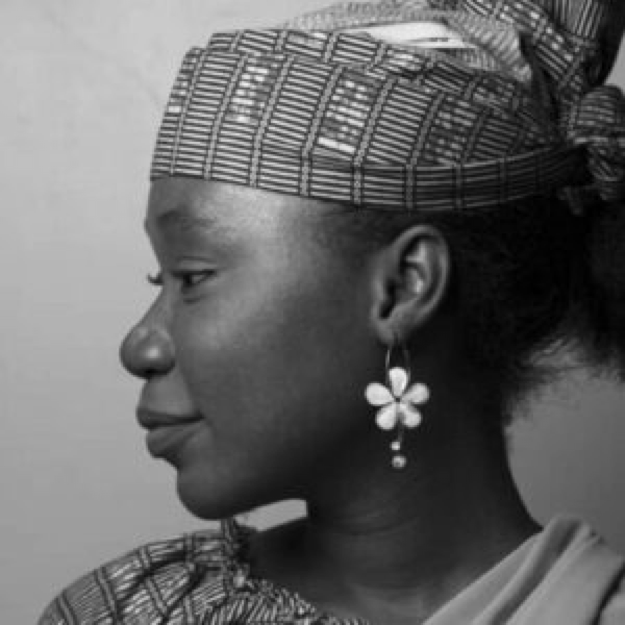 Hauwa Shaffii Nuhu is a journalist with by-lines in several international publications. She is a 2018 writer-in-residence at Ebedi Writers Residency, a 2022 Tiger Eye Training participant, and a 2022 Storify Africa Fellow. She currently covers the human cost of terrorism and the insurgency in the northern region of Nigeria for HumAngle, a media platform committed to insightful and objective coverage of Africa’s conflict, humanitarian, and development issues. 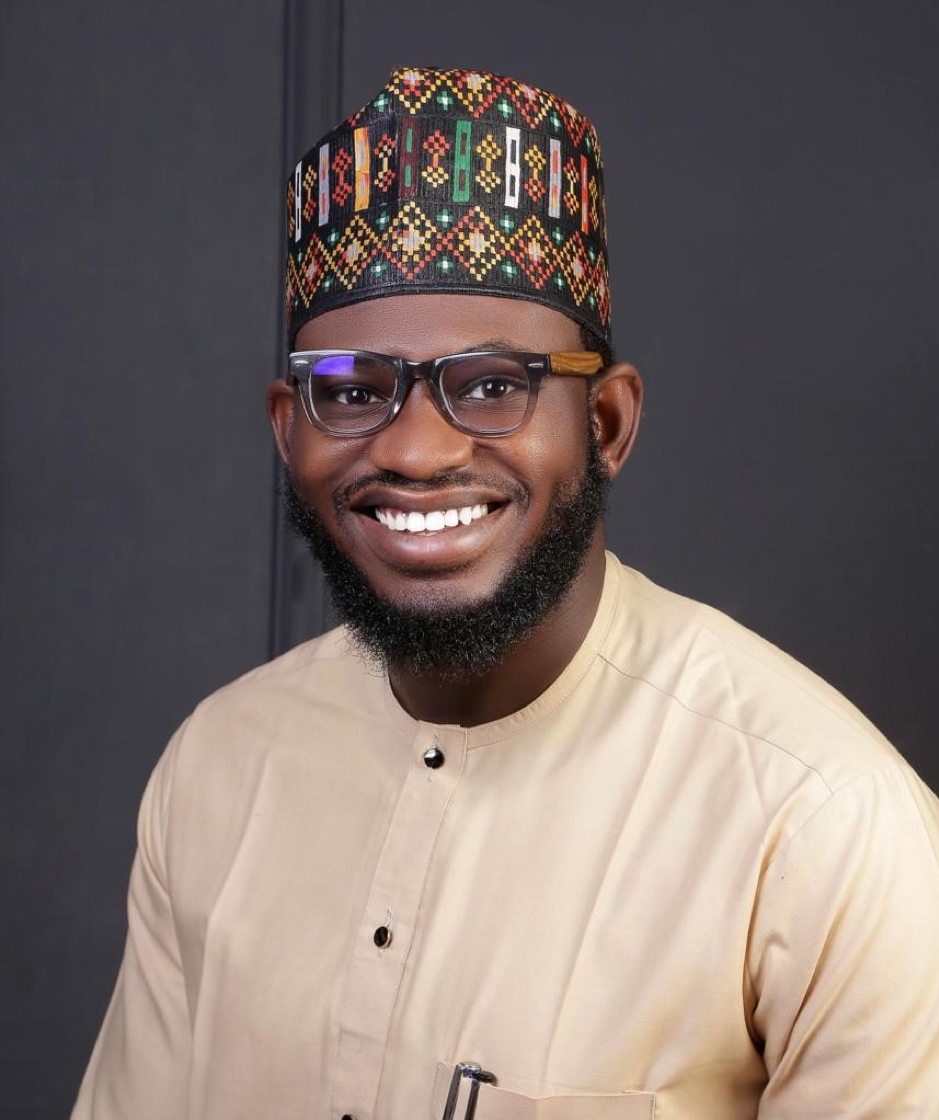 As Programme Manager at Neem Foundation, Mustapha leads global crisis response and peacebuilding. He has undertaken assignments working with the United Nations and the African Union in different capacities to design and execute programmes targeted at providing sustainable change and development across Africa and the Middle East. Mustapha is a member of the Abuja Hub of the Global Shapers Community — an initiative of the World Economic Forum and a 2022 Acumen West Africa Fellow. 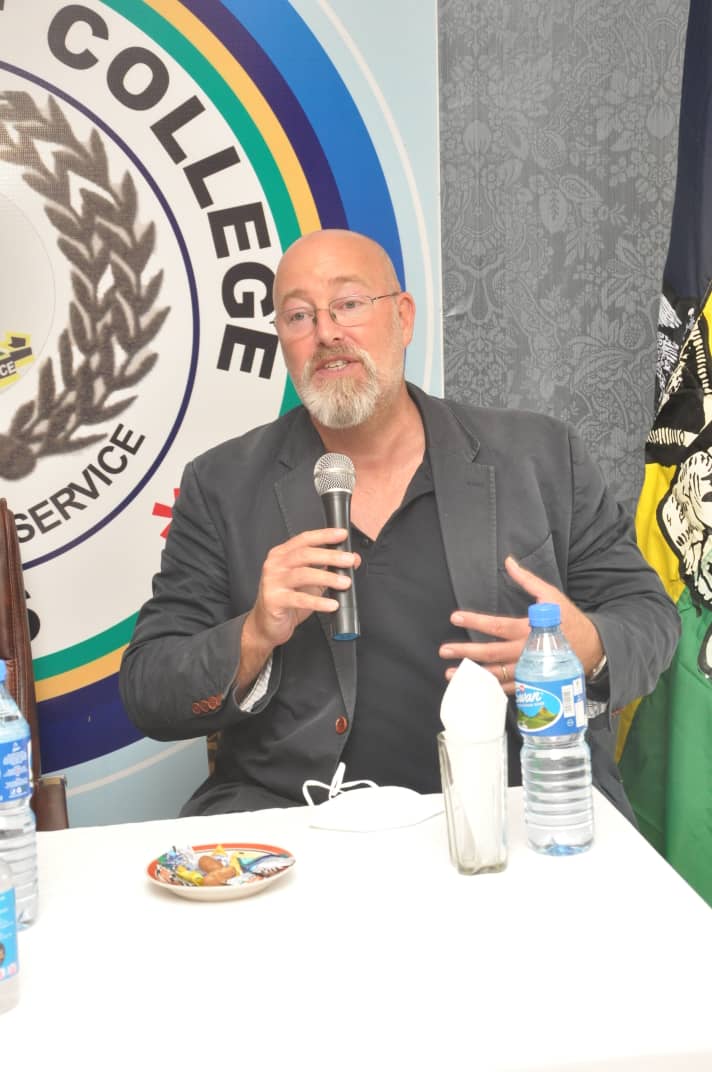 Tom works as UNODC's Project Coordinator for Counterterrorism Programming in Nigeria. He is also an author and an experienced counter-terrorism practitioner, having formerly been Chief of Party of a European Union project providing assistance to the Office of the National Security Adviser in Baghdad, Iraq and also previously serving as an adviser on human rights and counter-terrorism to the United Nations Counter-Terrorism Implementation Task Force (CTITF).

Not child’s play: How extremist groups in Africa recruit children

This podcast discussion sheds light on perceptions around child recruitment and the experiences of the former recruits themselves. The data from former members of violent extremist groups suggests that targeted child recruitment strategy was highly identified for ex-members from both Boko Haram and Al-Shabab, underlining the high stakes of combatting this phenomenon of dedicated child recruitment. The podcast, co-joint by two leading civil society partners in the field of prevention of violence, social cohesion building and reintegration – NEEM Foundation (Nigeria) and Elman Peace Centre (Somalia) – unpacks and contextualizes the main findings on factors of child’s vulnerability to recruitment including as well as concrete approaches taken to build resilience to recruitment. 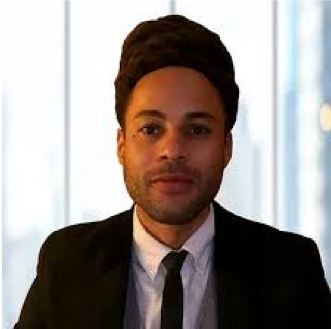 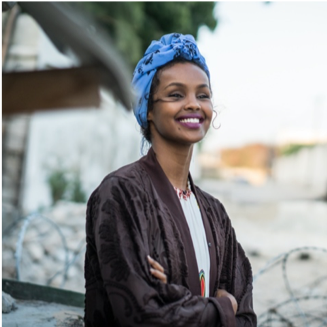 Ilwad Elman is a young female leader at the forefront of the Somali peace process, and a global authority on peace and security 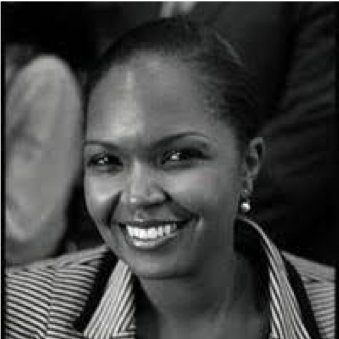 Nirina Kiplagat joined the Regional Project on Preventing and Responding to Violent Extremism in Africa as a Project Manager in May 2019.

Civil society has been used to describe a community that holds shared norms and values and where free citizens are equal under the rule of law. In more recent times a robust, strong and vibrant civil society was meant to strengthens and enhance governance, build cohesive societies and foster and promote peace and stability. But the nature of civil society means that illiberal and exclusionary ideologies may provide fuel that accelerate political polarization, drive radicalization and mainstream divisiveness. Uncivil parts of civil society may grow and expand from the margins. This session aims to examine the relationship between uncivil society and violent extremism. Vedi Hadiz is Director and Professor of Asian Studies at the Asia Institute and an Assistant Deputy Vice-Chancellor International at the University of Melbourne. Thinzar Shunlei Yi is a pro- democracy and anti-coup campaigner from Myanmar. For the last decade, she has been involved with civil society groups in Myanmar focusing on inclusion and human rights. 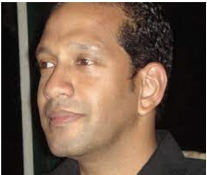 Mario Gomez is the Executive Director at the International Centre for Ethnic Studies, an independent think-tank in Sri Lanka. He has worked in academia, human rights, and peace building.

Episode III: The B-Team: Mercenaries and their Role in Violent Extremism

Wars between States are becoming rarer but violent confrontations between non-state actors in spaces beyond state reach or in fragile governance areas are becoming more common. We can see this in Syria, Libya and Yemen, and more recently in the territorial conflict between Azerbaijan and Armenia in the disputed region of Nagorno-Karabakh. State actors find mercenary forces a useful temporary army of fighters to further their foreign policy goals. It can be loaded with cash payments and pose little domestic political risk. The emotional response at national level is reduced by the use of non-national fighters and these fighters can be discarded once a usefulness has expired. We speak about the current state of affairs and potential trajectories in the area of mercenaries and violent extremism. 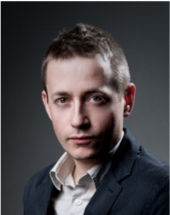 Thomas Hegghammer is a Senior Research Fellow at the Norwegian Defence Research Establishment (FFI) in Oslo. Thomas has written extensively on culture and history of jihadist movements, including his recent book ‘The Caravan: Abdallah Azzam and the 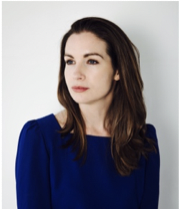 Mary Fitzgerald is an Associate Fellow at the International Centre for the Study of Radicalisation at Kings College in London. Mary is a writer, having published “The Libyan Revolution and its Aftermath”, and researcher specialising in the Euro- Mediterranean region with a particular focus on Libya.

Reading through the academic literature on violent extremism communication initiatives, there seems to be a circular argument – “it’s difficult to evaluate the impact with existing tools: therefore we can’t assess whether communications interventions work”. While the evidence has no supported impact of counter narrative work to-date, there are some interesting communications interventions that integrate with other programming or focus more on radicalisation trajectories and/or structural factors. We speak with communications practitioners from across the world to unpack what actually works and the metrics for measuring success. 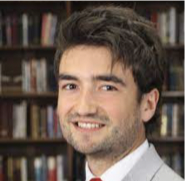 Michael Jones is a research fellow in terrorism and conflict at RUSI, the Royal United Services Institute in London. Michael recently authored the paper for RUSI, Through the Looking Glass, Assessing the Evidence Base for PVE/CVE Communications. 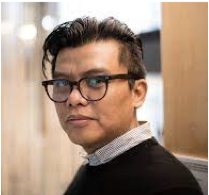 Dr Noor Huda Ismail is a Visiting Fellow at the S. Rajaratnam Institute of International Studies, Nanyang Technological University, Singapore. He is the founder of the Institute for International Peacebuilding in Jakarta. Dr Rawand Karadaghi is based in Sulaymaniyah in Northern Iraq. Dr Rawand is the founder of multiple NGOs focusing on peacebuilding. He also runs a production company that works on communications interventions with Western donors. 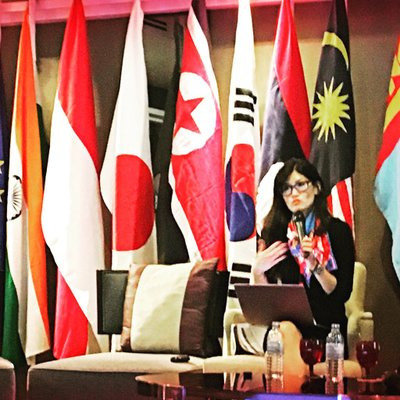 Jessie Lowry is the head of global activities and initiatives at the International consultancy firm, Cosmopole, based in Abu Dhabi. She is s a former Senior Advisor at the U.S. Department of State's Counterterrorism Bureau and was the U.S. Government's representative to Hedayah as their Director of Dialogue and Communications

It’s been 10 years since the far-right extremist Anders Behring Breivik killed 77 people in Norway in twin attacks: a car bomb in the government quarter of Oslo followed by a horrific attack on a youth summer camp at Utøya Island which left 69 people dead, many of them children and teenagers. A decade on, today we’re looking at the far right in Norway: reflecting on ten years after Utøya, how have far right groups changed and what is being done to contain them? 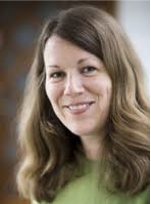 Professor Katrine Fangen, is Head of the Department of Sociology and Human Geography, University of Oslo. Since the establishment of the C-REX Center for Research on Extremism om 2016, she has been a thematic lead there and focused her research on nationalist and right-wing extremism. Bjørn Ihler is co-founder of the Khalifa Ihler Institute and chair of the Global Internet Forum to Counter Terrorism's Independent Advisory Committee. Bjorn is a long time peace advocate and was attending the youth summer camp on Utøya Island in 2011 when Anders Breivik’s attack left 69 dead. Deeyah Khan is documentary filmmaker and human rights activist. Deeyah is a multi- award winning filmmaker including ‘Jihad: A Story of the Others’ and ‘White Right: Meeting the Enemy’. She is also the founder and editor-in-chief of Sister-hood Magazine which spotlights the diverse voices of women of Muslim heritage

Since 2014, UNDP has been working to develop a deeper and more nuanced understanding of violent extremism. We aim to address two interlinked challenges: (1) the rise of violent extremism, using a development and peacebuilding approach firmly grounded within human rights principles, and (2) the need to govern increasingly diverse and multi-cultural societies, which requires attention to institutions, political, and religious ideologies and people and promotion of human rights based approaches.
Disclaimer: *All references to Kosovo shall be understood to be in the context of UNSCR 1244 (1999)